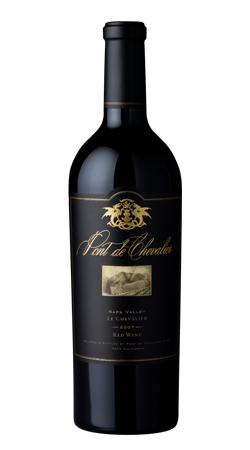 2011 was a growing season of vigilance. A wet winter and spring delayed bloom and set up the year for a late harvest. Subsequent rains in the early fall wreaked havoc on some vineyards. However, this vineyard on the Eastern side of St. Helena, one of the warmest appellations in Napa Valley, escaped many of those weather related problems. The well-drained rocky chalk soils allowed the vines to be optimally stressed, giving the wine its signature backbone of minerality.

We harvested grapes for Le Chevalier in the cool early morning hours of October 12, 2011 and began primary fermentation in stainless steel tanks. We then drained, pressed, and completed primary and secondary fermentation of the wine in 100% new Taransaud French oak. We barrel-aged the wine for 18 months, bottled it and then set it to rest for 29 months prior to release.